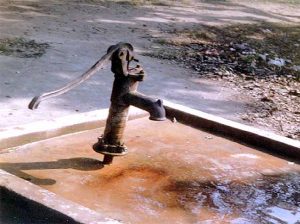 Environmental Health including Water and Sanitation: IHO initially focused on the prevention and control of water-borne diseases since they are the single most important causes of mortality and morbidity in rural communities in developing countries. IHO’s first project was in Bihar, the poorest state of India.  Between 1992 and 2002 the Bihar Project brought new resources for water and, community education programs in health and hygiene, and other disease control measures in several states. These changes resulted in documented improvements in environmental conditions and personal health, including a drop in the level of water-borne diseases.  The Bihar Project reduced the death and illness from water-borne diseases, and increased the quality of life for more than 100,000 people in these rural communities!

Currently, IHO implements environmental health and water sanitation projects in different developing countries. Such projects target the root cause of water-born diseases on the health of the local rural population and its prevention through health education and providing deep-drilled water hand-pumps.